Chikankari is quite mesmerizing art form that has left us its simple yet unique glam quotient. Chikankari maybe an old form but its definitely one of the most beautiful and appealing forms out there even today. The city of Lucknow is potentially the center of alluring, extremely aesthetic form of unique embroidery. An art that is extremely unique to this place, Chikankari has been religiously practiced in Lucknow for almost two entire centuries. But its initial roots did not originate from Lucknow. It flourished in the Mughal courts of Delhi in the 16th and 17th centuries up until the empire disintegrated and the craftsmen scattered across the expanse of the subcontinent. Some of the craftsmen came and settled comfortably in Lucknow. This is how this art form was initially conceived
and consolidated its roots 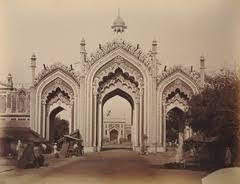 
Lucknow is a beautiful ancient city, known for its beautifully built palaces, finely constructed mosques, charming temples designs and aging monuments. A city known as the Constantinople of the East, favored by the European voyagers at a point in time. It is perfectly in line with its architectural taste, polished culture, social acceptance, and limitless love for good living. 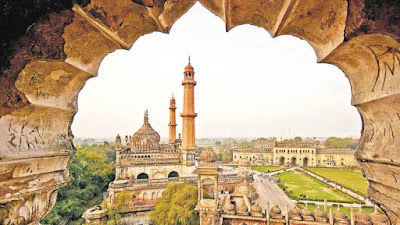 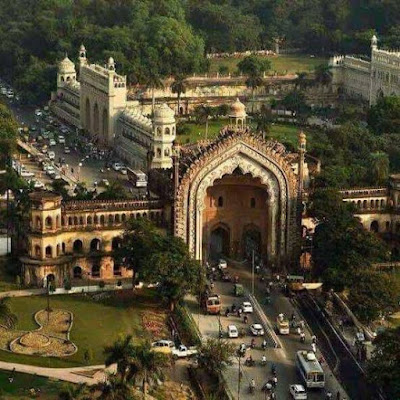 Many cultural traits of the city have made the city quintessential of Tehzeeb. Lucknow is the most amazing home for cultures and cuisine but also the hidden crafts are one of its treasures.

Chikankari the traditional art of Lucknow 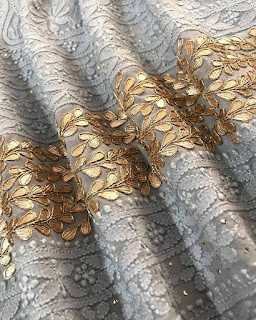 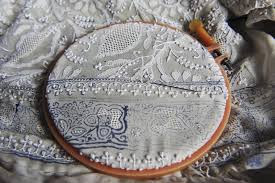 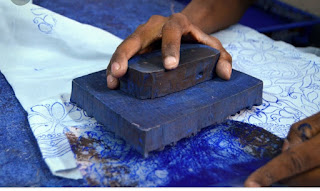 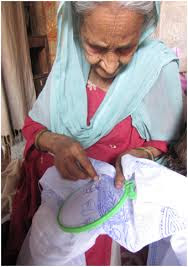 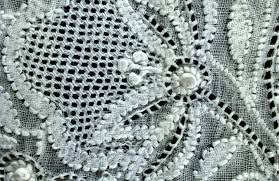 The floral patterns of chikankari goes hand in hand with the strong influence of Persia, flowers have always been stapled with stems, buti and leaves added in  complete design. Other embellishments include Mukaish, kamdani, badla, gotta Patti, sequence, beadwork, mirror work to give a richer look 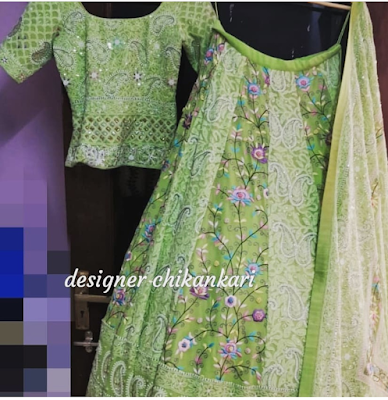 The magic of needlework of Chikankari

Presenting Traditional  Chikankari Parsi gara Lehanga  in pure Georgette fabric reflects the artistry of our fine artisans, pure form of art . the magic created by the rich form of fusion of Chikankari with Parsi gara work with touch of royalty enhanced with sequence work to bring perfection in the Indian  traditional wear keeping the  art alive and preserved. 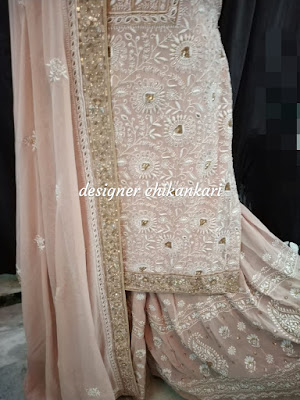 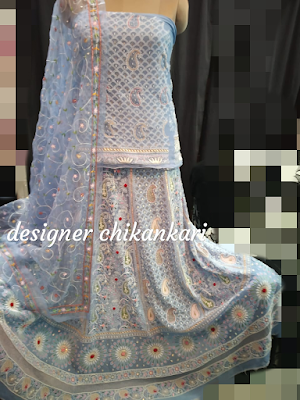 For the contemporary brides of today's times.... 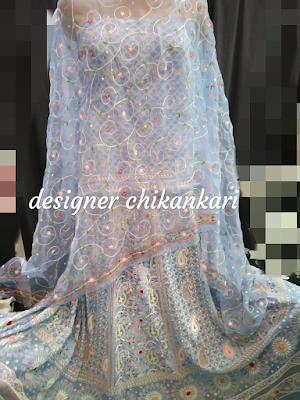 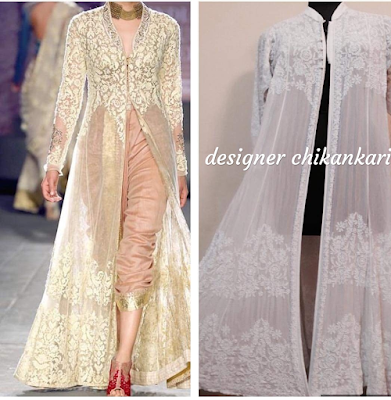 
Thus, undoubtedly, the sheer variety of Lucknow Chikan work today is more bountiful than ever before. It is greatly in demand by the general urban masses, upper classes and celebrities in Bollywood and Hollywood alike. 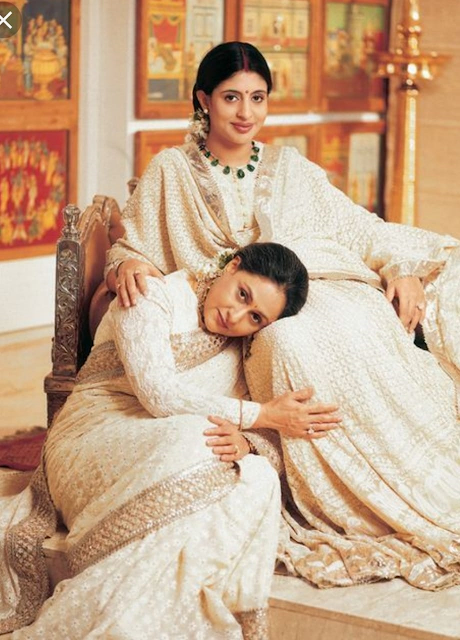 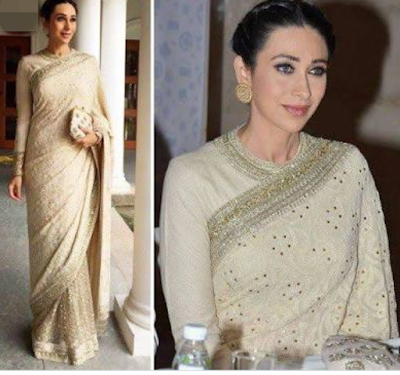 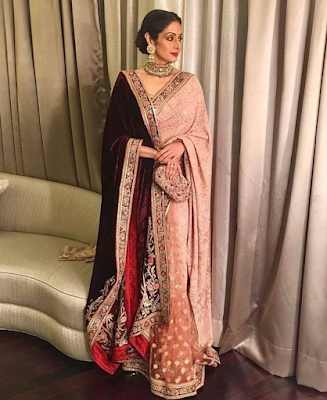 Sridevi, late famous Bollywood actress in draped in classic chikankari sari of one of the most renowned Indian designers

Posted by Indianblogger at 9:28 AM 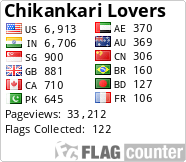